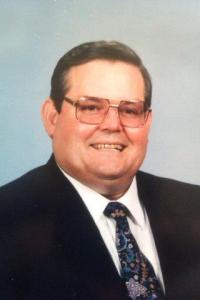 He was one of the very first readers of this blog and became its most frequent commenter. I knew something was wrong when his comments stopped sometime before Christmas. Coach Ron McCown was a teacher. He was a mentor. He was an encourager. Most importantly, he was my friend. Coach passed peacefully from this life into the Church Triumphant this afternoon and is now worshipping Our Lord face to face.

My first encounter with Coach McCown was in 7th grade. He was one of the football coaches and I was a manager for the football team. On the field, he was boisterous and tough and sometimes pretty harsh. Off the field I don’t remember a moment when he wasn’t smiling and laughing. In high school I had Coach McCown for two classes, World Geography (World “Joggerfer” as he would say in his best East Texas accent) and then Psychology and Sociology. He was a great teacher! I still remember a lesson on the Phoenicians and their wooden boats sailing around the Mediterranean Sea — who remembers that 25 years later? Not many, but Coach had a way of teaching that made you listen and take notice and remember. Then in Psychology/Sociology my senior year, he had a friend of his come to class. The friend was a polygrapher — a guy who gives lie detector tests. Our whole class was absolutely enthralled and we all wanted to be guinea pigs that day. I don’t remember who he picked, but I do remember him joking with us that we were all teenagers and none of us could pass! That’s the kind of teacher he was and that’s why I’ll not soon forget those lessons.

Some years after graduating, our paths crossed again when he was asked to emcee the Miss Van Zandt County pageant and I was running sound. Just as I remembered from school, Coach McCown was light-hearted, funny and supportive of everyone in the pageant. On the second night of competition there was a snag in the schedule. The person set to be the “entertainment” while the girls were changing clothes between portions of the competition was not able to perform. I happened to have an accompaniment tape of “The Midnight Cry” in my truck. I went outside and got it and sang that song. From the coach’s reaction, you would’ve thought Pavarotti had just sung (it was far from it, I assure you). But, he gushed and gushed. At the end of the night he pulled me up on stage to sing it again. He never forgot about that and in the last few years he asked me over and over again to come sing it at his church. Because of my anxiety I was never able to do it. I regret that.

Most recently, Coach McCown has been an encourager par excellence! As I said at the beginning of this post, he was one of the very first readers here. From the onset, Coach read my work and pushed me not only to fight through this latest bout with anxiety and depression, but to continue writing. He offered wise counsel, sound advice and consistent inspiration. He never stopped teaching even all these years later. In one of his comments, after I’d taken some of his advice and learned a lesson, he referred to me (to all of his “students”) as his raison d’être, his “reason for existing.” He was just that kind of man. He had the heart and soul of a teacher and friend. We, his students, are the better for it.

I have lost friends before, but this loss is especially tough. I guess I didn’t realize how much I looked forward to and relied on his words until now. We don’t get many opportunities in life to experience real wisdom. Coach McCown gave those of us who were lucky enough to learn from him that chance. Oh, how I could have used some of that wisdom and encouragement these last few days. It was and will continue to be truly missed. His last comment on one of my posts exactly one month ago today read, “O my! How positively entertaining and informative. Well done, Jason.”

Coach, I know that you have heard those very words tonight, “Well done, good and faithful servant!” Rest in peace, my friend!

…This one’s for you…