I started having panic attacks when I was ten years old. Back then nobody really used that term. Back then I was just a “nervous kid” or I had a “nervous stomach.” Back then, to most of my teachers, I was just a lazy kid who didn’t want to work very hard. There was no such thing as therapy for little kids who got sick every morning just thinking 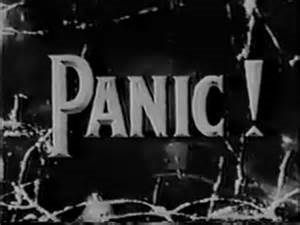 about going to school, or who got sick at school for no apparent reason. Back then I was a hypochondriac. A freak. By high school I had graduated to “pussy” or “tit bag.” Back then I was a lot of things, but deserving of compassion wasn’t on the list.

Not a lot has changed in 35 years. Oh sure, now days when I tell people I suffer from anxiety and depression they know what I’m talking about. Now days when I tell people I have panic attacks they are at least familiar with the terminology. But, other than vocabulary, nothing has really changed. Nobody calls me freak, pussy, or tit bag anymore (at least not to my face). They don’t have to. I can see it in their faces. I can hear it in their voices. Despite their best attempts to hide what I will generously call their ignorance about the reality of my condition, nobody’s poker face is that good.

I’ve said before and will repeat now: if I were to go to the doctor and be diagnosed (God forbid) with cancer, or heart disease, or kidney disease, or any other physical ailment, no one would question me. No one would say, “why can’t you just be happy?” No one would say, “just get over it.” No one would say, “you’re a grown man. Act like it.” No, if I were to be striken with a physical illness I would not hear those things. I would not see the look in people’s eyes wondering why it is that I can’t get out and do things. I would never hear the unmistakable doubt in people’s voices. But, you see, I’m not physically ill–at least not with anything that is causing the hell I’m going through right now. 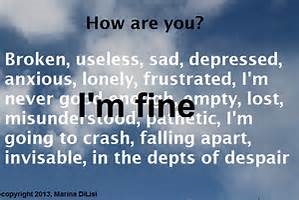 I had a full physical exam three weeks ago. I had blood work, pressing, poking, listening. . .the whole shebang. Guess what I found out? Other than mildly elevated (and I do mean MILDLY) cholesterol, I’m as healthy as a 43-year-old overweight man with a family history of diabetes and heart disease whose diet is complete crap could possibly be expected to be. Healthier, actually. Even the doctor said he was shocked by my labs. So, that’s great news, right? Right. Maybe. Sort of. A little. Or, not.

Now I’m just stuck knowing that everything I feel–the dizziness, shaking, shortness of breath, cold sweats, nausea, racing thoughts–all of that is just a product of what’s going on in my head. It’s real, only it’s not. How do you explain that to people who don’t experience it, though? How do you describe to someone who’s never felt it the sudden sense of abject TERROR and overwhelming need to flee a grocery store, or church, or 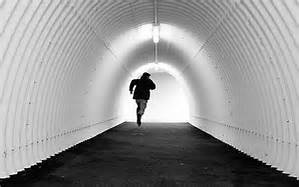 school, or work for no real reason? There’s no way to do it successfully. There’s no way to make people who don’t experience those feelings understand that sometimes, on the really bad days, even walking to the mailbox can be an impossible ordeal.

Because explaining is impossible it’s easier just to stay quiet. It’s easier to stay locked away from the places, situations, and people who trigger the panic. It’s easier to keep it inside and spare people the awkward agony of not knowing what to say or how to react to someone who sometimes has trouble sitting in the drive-thru line of a fast food restaurant long enough to grab a burger for lunch. Yeah, it’s just easier that way. 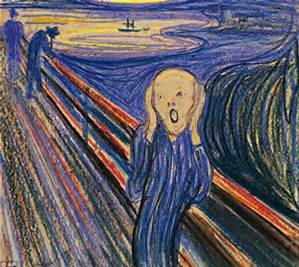 Shhhhh….don’t answer until you’re sure.

Free thinker. Educator. Freelance writer. Proponent of plain language in academic writing. Lover of all things Star Wars. I hold a BA in Interdisciplinary Studies from Texas Tech University and an MA in English Rhetoric & Composition from the University of Texas at Tyler. Currently pursuing a PhD in Literature at the University of Texas at Dallas. I am on faculty at Tyler Junior College in Tyler, Texas where I teach Freshman Composition and World Literature I Believer in the power of the written word. I also love cake. View all posts by Jason Walker

4 thoughts on “Silent cries are often the loudest”